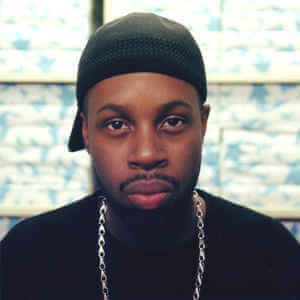 Who is Jay Dilla?

Jay Dilla was one of the most popular rappers in the United States of America. Dilla who born on 7 February 1974 is a godfather of the lo-fi hi hop. Moreover, his real name was James Dewitt Yancey but was famous by his stage names J Dilla and Jay Dee. He was also one of the most influential hip-hop artists in U. S. A as well as in the world.

Jay Dee is an American rapper and record producer who emerged in the mid-1990s in Detroit, Michigan. Her notable acts which earned him fame are A Tribe Called Quest, De La Soul and Bust Rhymes etc. Let’s discuss about his early life and career.

J Dilla was the eldest son of his parents, Maureen Yancy and Beverly Dewitt. Moreover, his family had a musical background. His father was a Jazz bassist while his mother was an opera singer. Hence he had a tendency towards music from an early age. His mother said about him that could match pitch-perfect harmony when he was an infant.

Though there was a wide range of genres yet he chose hip hop. Dilla got his early education from Davis Aerospace Technical High School. However, later he joined Pershing high school and met there his friends T3 and Baatin. Later he along with his friends formed a rap group Slum Village. j Dilla also took up beat-making using a simple tape deck as a centre of his studio.

Jay Dilla earned real fame when he formed Slum Village with his friends. They released their debut album Fantastic Vol. 1 which was a major breakthrough in their career. The album soon became very popular in the hip hop lovers of Detroit. in 2000, Dilla’s Slum Village again released Fantastic Vol. 2. However, their album, Like Water for Chocolate was a real success for them.

After that, Jay Dee produced many popular records like Fuck the Police, Franck and Dank’s 48 hours etc. Later he formed a group Jaylib and released an album Champion Sound in 2003. However, he could not enjoy his success much because Jay Dilla died on 10 February 2006 because of rare blood disease thrombotic thrombocytopenic purpura.

To read more articles about such famous personalities, visit here.