Who is Geri Halliwell?

Gari Estelle Horner or Geri Halliwell is one of the multi-talented artists in the United Kingdom. She is not just a singer but a songwriter as well. Also, she is a talented actress and author as well as philanthropist. Geri who born on 6 August 1972 got fame as Ginger Spice, the member of famous spice girls group. Moreover, Spice Girls was also the best-selling group of all time. Hence Geri Halliwell spice girl got prominence in international media in the 1990s. The group used to use the phrase “girls power”. However, Halliwell was the symbol of girls power. She also demonstrated girls power when she wore a Union Jack dress at the 1997 Brit Awards. Her dress was the top headline in next-day newspapers.

Geri Spice girl daughter of Ana Maria and Laurence Francis Halliwell grew up on a council estate in North Watford. She got his early education from Watford Grammar School for Girls and Camden School for Girls. Initially, she worked as a night club dancer in Majorca and a glamour model. Moreover, her glamour image made her to appear as a page 3 girl in The Sun. Page 3 girl used to be a glamour model or girl with intimate shoots. Later in 1996, magazines like Playboy and Penthouse republished her nude photos.

However, in 1994 she along with Melanie Chisholm, Melanie Brown and Victoria Beckham applied in response of an ad in The Stage magazine. There were 400 women who applied for the initial line-up. Eventually, all the four got the selection and became members of a group. Also, there was Emma Bunton as a 5th member and later this group got fame as Spice Girls. However, Spice Girls could not get success initially because of the management and other issues. But in 1995, when they began a relationship with Simon Fuller of 19 Entertainment, it changed their lives. They wrote, composed and released many tracks which topped the music chart. The famous among those are Wannabe, Forever and Spice up your Life. Moreover, during the course, Halliwell earned his nickname Ginger Spice.

On 31 May 1998, Geri announced that she is no more part of the Spice Girls. Hence in 1999, she released her first solo album Schizophonic. Her album toppled the number charts and set new standards. Later she also released Scream if you Wanna Go Faster and Passion. Both of her albums earned immense response and many her singles remained on top of the list. In 1999, she also appeared in a 90-minute documentary. It was just a start of her acting career and later she worked in many films.

To read more about such famous celebrities, visit here. 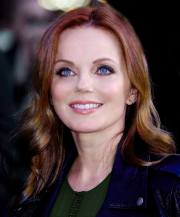