Who is President Johnson?

President Johnson, LBJ, Lydon B Johnson or whatever you can call him is the 36th president of America. Moreover, he is most famous as LBJ, the initials of his name. Johnson served as the president of the USA from 1963 to 1969. However, he also remained the Vice President from 1961 to 1963. LBJ who born on 27th of August 1908 took charge as the President after the assassination of John F. Kennedy in 1963. Besides this, he also served as the United States Representative and as the Senate Majority Leader in the USA. Hence he becomes only 4th person to serve in all four federal elected positions. Let’s have a brief look at his life. However, for full details, click here. 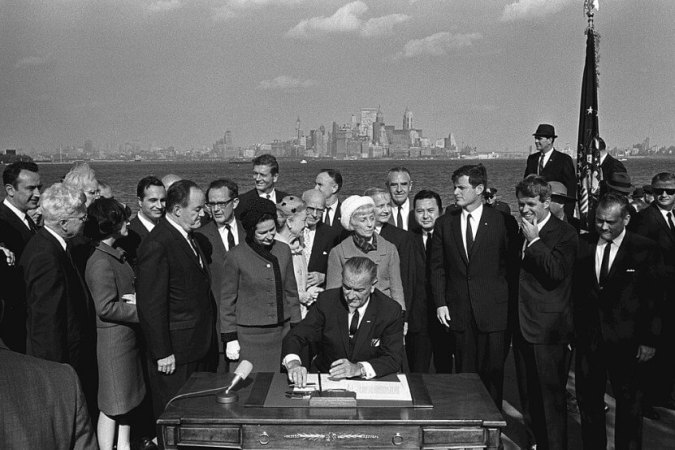 LBJ who rose from a farmhouse and reached to the White House, initially, was a high school teacher. However, he was also working as a Congressional aide. But in 1937, there was a major breakthrough in his politics when he took part in the election to the US House of Representative. Johnson won his seat and later in 1948, he also won the election to the United States Senate from Texas. But it is to remember that Johnson secured his nomination for Democrat’s party for the senate with a narrow margin.

Moreover, Johnson also enjoyed the position of Senate Majority Whip in 1951 as well as Senate Minority Leader in 1953. While in 1955, he became the Senate Majority Leader. President Johnson used to possess a very domineering personality. That’s why there was a famous phrase “Johnson Treatment”. He was a man of principles and used to stick his principles. Moreover, he refused to sign the 1956 Southern Manifesto along with four other prominent names of the US House of Representatives.

In 1960, Johnson ran a campaign for the Democrat’s nomination for the presidential election. However, he could not succeed but he became the running mate of then-senator John F. Kennedy. Thus they won a close election against Richard Nixon and Cabot Lodge Jr. As a result, John F. Kennedy became the President while LBJ vice president. Later Lyndon Baines Johnson succeeded as 36th president of The USA after JFK’s assassination on 22 November 1963.

During the presidency, he took many historic steps. He revolutionized the foreign and domestic policies. Moreover, he formed “Great Society” legislation to see the very aspect a common people. His war on poverty also played a great part in the economy of the USA. However, his foreign policy him much criticism when he decided American involvement in the Vietnam war. The increase in casualties of American soldiers worked as a fuel on fire against him. Hence he had to left the presidential office in January 1969.

After leaving the presidential office, Johnson returned to Texas in his LBJ Ranch. He spent his later life there and died of a heart attack on 22 January 1973.