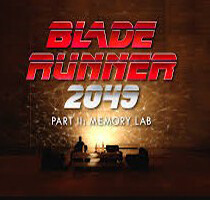 Have you ever imagined to ride on the flying police vehicle to chase and catch a rogue replicant? No? Let’s explore one of the best action-adventure games. Blade Runner 2049: Replicant Pursuit is a game over the movie which enables you to pilot a spinner in the near future. You will chase and catch a replicant who kill twp people. This VR game on Oculus Go makes you explore the Los Angles city from skies for a thrilling chase of a replicant.

The game which has taken a theme from the Blade Runner movie has the following basics details.

The gameplay of Blade Runner 2049 game

The Blade Runner 2049 review has confirmed that it is one of the stunning and best adventure game. You have a thrill, suspense, action, flying in the sky, and a lot more in the game. Becoming a part of the game virtually, you have to chase a killer replicant who killed two people. Now, it will be up to you to chase and catch him. Also, you will use the flying police vehicle over Los Angles to chase that replicant. The most amazing part of this game is that you would be in the year 2049, decades ahead.

To play this game in the year 2049, you must have Oculus Go VR Gears that control this game. Are you thinking where to get these gear? Yes? Well, just click this link, order now and get your gadgets to feel an excitement of the virtual world.

Now it’s time to download this game but from where? I have come up with the solution to this myth also. Simply click here and download this stunning game. Also, you can download it from the app stores of your smartphones.

To learn more about, such VR thrilling games, visit here.