What about William G. Morgan?

It has been a long time since volleyball invented. However, its inventor will always cherish his remembrance. Mr William G. Morgan was naturally an inventor. Morgan, born on 23rd January 1870 in New York, had a huge interest in Physical Education and Sports. Moreover, William used to think for a game that older people could play. Thus he designed this sports and named it as “Mintonette”. However, later it turned to “Volleyball”. Here, we will have a brief overview of William G. Morgan. However, for full details, visit this site.

As a director, he noticed that Basketball is not a game for everyone. Mostly, young people and more athletic adults can play this. He thought that there should be a game which everyone could play. So, he started working on this and got the ideas from different sports at that time like basketball, tennis and badminton. At last, he came to a final conclusion. He thought that the game would involve a six-feet six-inch-high net to separate two teams. Moreover, he also decided that the cour would be of 30 ft x 60 ft dimension. The reason behind this dimension was that people could play this game in gyms and anywhere.

After creating the sports appearance and some ground rules, now a suitable ball was the problem. Moreover, he experimented it in many ways but could not find a suitable solution. Therefore, he contacted A. G. Spalding & Bros to make him a ball. A. G. Spalding & Bros were the equipment designer and hence they created first prototype and perfect ball for the Volleyball. Their brilliant work pleased Morgan very much. Thus a wonderful game of Volleyball invented by Morgan came into the world.

Moreover, in the honour of William G. Morgan, “William Trophy” was produced. The outstanding male and female volleyball player of colleges got this trophy. 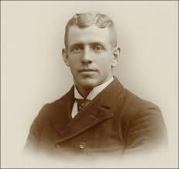